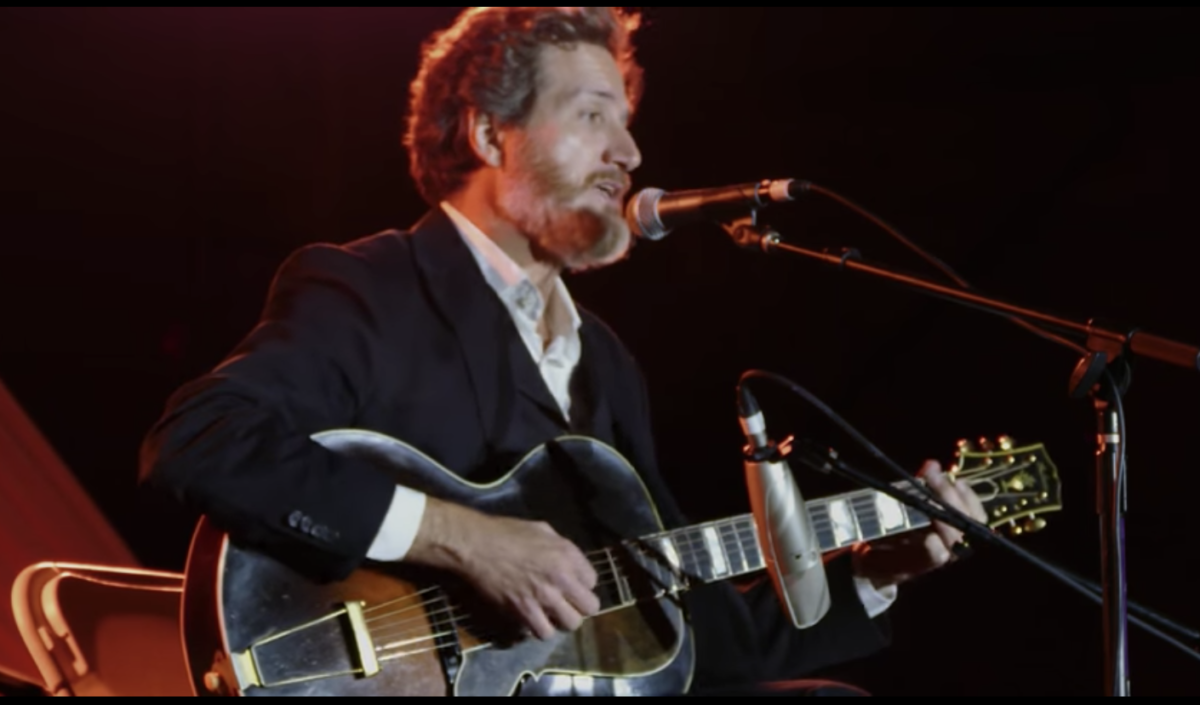 If you’re a jazz guitarist you’ve probably experienced this: a band member calls a tune, then casually looks over at you and asks, “got a little intro for this?”. In a matching casual tone you respond, “yeah, sure,” hiding the swift internal panic you are, no doubt, really feeling.

An “intro”? Now what? There’s an endless galaxy of possibility and now it’s your job to come up with a succinct, crystal-clear, improvised micro-composition before the band starts looking at their watches.

To be honest, I never really formally explored the matter until now. But having transcribed a few nice intros from the masters, I may have some suggestions on the business of starting a song.

Before we begin: first of all ask for the tempo, or if you’re a real go-getter suggest one. Then double check it by counting it off a little for your bandmates. Singers don’t like it so much when you start a song too fast to be sung.

One of my absolute favorite bands in modern traditional jazz is the EarRegulars, who hold court every Sunday evening at the Ear Inn in Manhattan. Please look them up on YouTube and obsess over their effortless swing and symbiotic interplay.

The group is led by cornetist John- Erik Kellso and guitarist Matt Munisteri. There is no drummer or pianist in the group, so the rhythm section is very much guitar driven, and Matt’s punchy little intros kick them off. Theirs is the sound I tend to want to shamelessly steal, so I started here.

Munisteri creates cohesiveness by keeping the same high note on the voicings as long as possible. You can see this with the high C maintained over C7 and F9, followed by the high Bb over Bb7 and Eb69. Then at the end, the top note of the chosen voicings have a nice sequential downward line.

Ending an intro on a V dominant chord is essential to signify its completion. A V dominant chord is what I sometimes call “unstable” or “tense”… it wants to resolve to the I. Playing one at the end of a 4-8 bar phrase usually perks up the ears of the rest of your band members. You can add more color to this chord with augmented #5 sound to make it even more tense and attention-getting.

Conventional wisdom suggests one should hint at the actual chords in the tune, or perhaps “play the last 8 measures in”, but to be honest I find this approach to be a little too much internal math: Last 8? Umm, I’m not quite sure what that is right now, lemme fast forward the song in my head. Ok, doo-doo, la-la, oh-that-a-nice-turnaround, ok 2nd ending, oh–love that part, B section, then does it go to a turnaround starting on the IV? Uh oh, I just saw an audience member cross his arms impatiently…

As it turns out, playing a basic, common chord progression in the key of the song works as an intro. Everyone feels at home in a I – VI – II – V, and knows exactly where it wants to go next. It’s a compact intro with enough movement to not sound boring.

Here’s another from Mr. Munisteri on After You’ve Gone in Bb:

This is a standard jazz turnaround you may have encountered before in a song like All of Me: IV – iv – I – VI – ii – V – I. Once again, these changes aren’t in the song or the verse, but it’s such an ingrained progression that it states the key very clearly to the lead player, and isn’t just a rehash of above.

Once again Matt does a wonderful job of creating lines on the top of his chord voicings. The top note always moves sequentially like a melody. You could hear a big band arrangement where the lead horns were playing that very line. Simply banging out the chords without some composition doesn’t sound like an intro–it sounds like the rhythm section just started without everyone else.

Another important thing to note: I said earlier that you should end on a V chord, so in Bb that’s F7 right? Well yes, but in this particular case the first chord of the song is Eb (the IV). So at the end of this intro, one must play V chord relative to Eb instead, hence the quick bar of Bb7. Every chordal player should be astutely aware of when a song doesn’t begin on a I chord and plan accordingly. After You’ve Gone and I’ll See You In My Dreams start on the IV. Songs like Rose Room and Satin Doll start on the II. Your intro needs to lead to those chords instead of the root chord.

Ok, that’s enough effusive praise and analysis of Mr. Munisteri! I’m a huge fan, of course, but one of the main reasons I started here is because I can actually see his hands. Next, I’ll look at some transcriptions of the classic swing guitar masters of the 30s and 40s.