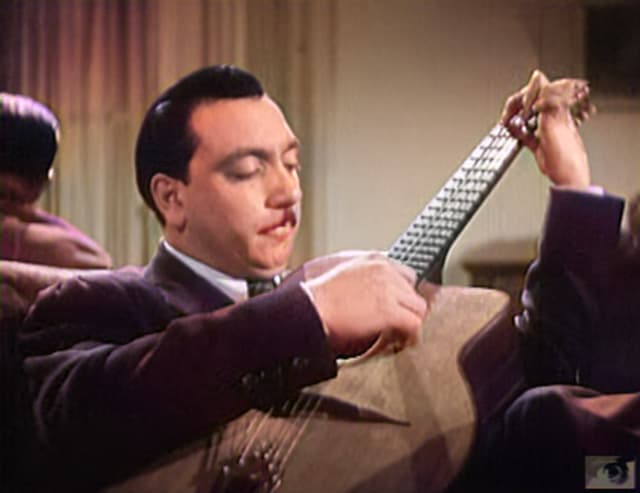 Every gypsy jazz guitarist knows this video well. It’s 1939. Joseph and the fellas are getting a card game in before the show. Stéphane’s having a cigarette in bed (tsk!). And Django Reinhardt’s lounging on the couch playing just about the most beautiful intro to J’attendrai imaginable.

I used AI upscaling to bump this video up to 1080p. The AI also did a great job of removing noise, and a decent job sharpening up edges. I then used some old-fashioned video editing to enhance the colors. Nothing I could do about the fact that someone forgot to turn on the lights halfway through!

The audio was also processed. The source video was a bit out of sync. I did better, but it was tricky to get right for reasons I’ll get into later. Also amplified the audio, added some EQ, and removed the hiss from the background.

Anyway, I didn’t work miracles, but it’s still way better than any other version of it out there. It’s fun to see the furrow of Django’s brow as he plays his legendary solo.

A few realizations working on this video: